5 Benefits of Eating at Home

I know it’s tempting to eat out or order take out. Despite many restaurants claiming to offer healthy food studies frequently find that this isn’t the case. Below are some reasons on why you should try to prepare meals yourself.

You Control What Goes Into Your Food and Body

At home you know exactly what ingredients are used to prepare your meal. In addition you are able to control the amount of salt, sugar and fats that are often unnecessarily added.

By putting yourself in the driver’s seat you have the opportunity to substitute low-fat, low-sodium, and nutrient dense ingredients. Studies show that eating out at restaurants often lead to consuming substantially more calories. This is due to how restaurants cook food to make them more “tasty”.

When you see a deep fried appetizer or sugary dessert on a restaurant menu, all you have to do is say the word and you’ll find it in front of you. This temptation is minimized when you won’t or can’t make those items at home which aren’t healthy. For example, most people do not have a deep fryer, so it would be hard to make onion rings.

You Control the Amount

Restaurant portions are often way to large. Though it’s possible to save some of the food for later it can be challenging to stop eating when you still have food on your plate. Nobody is ever going to stop you from eating, and you don’t feel full immediately even if you are. When you serve yourself its easier to control your portions. We have a food scale which makes portion control very easy when eating at home.

Most restaurant meals seriously lack in the vegetable department and are often highly processed. When you eat at home you can skip the temptation of highly processed, fried foods and instead make nutritious meals. In addition, you’ll be able to eat an appropriate amount of vegetables compared to other items.

Restaurants over charge for their food. Think about all of the costs that go into making a profit for a restaurant owner. In addition to however much money they make in margin, they need to cover the costs of their staff, the food, utilities and rent. If you cook for yourself, you are really only incurring the cost of the food. You can find generic boneless skinless chicken breast for around $2.00 – $3.00 per pound at a supermarket and spend a few dollars on vegetables. At some restaurants a half pound portion of chicken breast could be between $25-$35 dollars. Some places will serve chicken dishes for between $10-$15, but these are more takeout places, and it’s likely still more expensive than you could do at home. Of course, it’s nice to eat out and splurge a bit, but the point is if your on a tighter budget cooking at home can be a good way to cut costs. If your living by yourself, cooking for a few days and meal prepping can bring down the average cost per meal.

Eating around Jersey City as a celiac is not as easy as one might expect. Aside for the typical issues one might encounter such as cross contamination, there is a general lack of understanding related Read more… 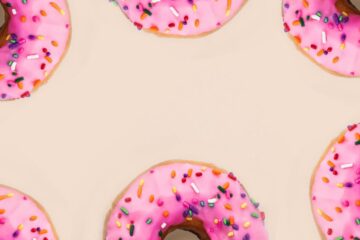 I’m Just a Girl Standing in Front of a Salad Wishing it was a Donut.

How many times have you seen this meme and laughed at it or even had the experience happen to you?  Modern diet culture teaches us that achieving a certain look will make all our wildest Read more… 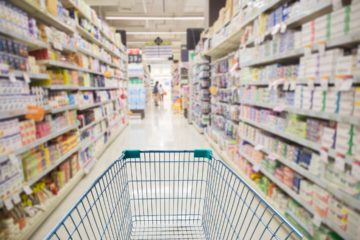